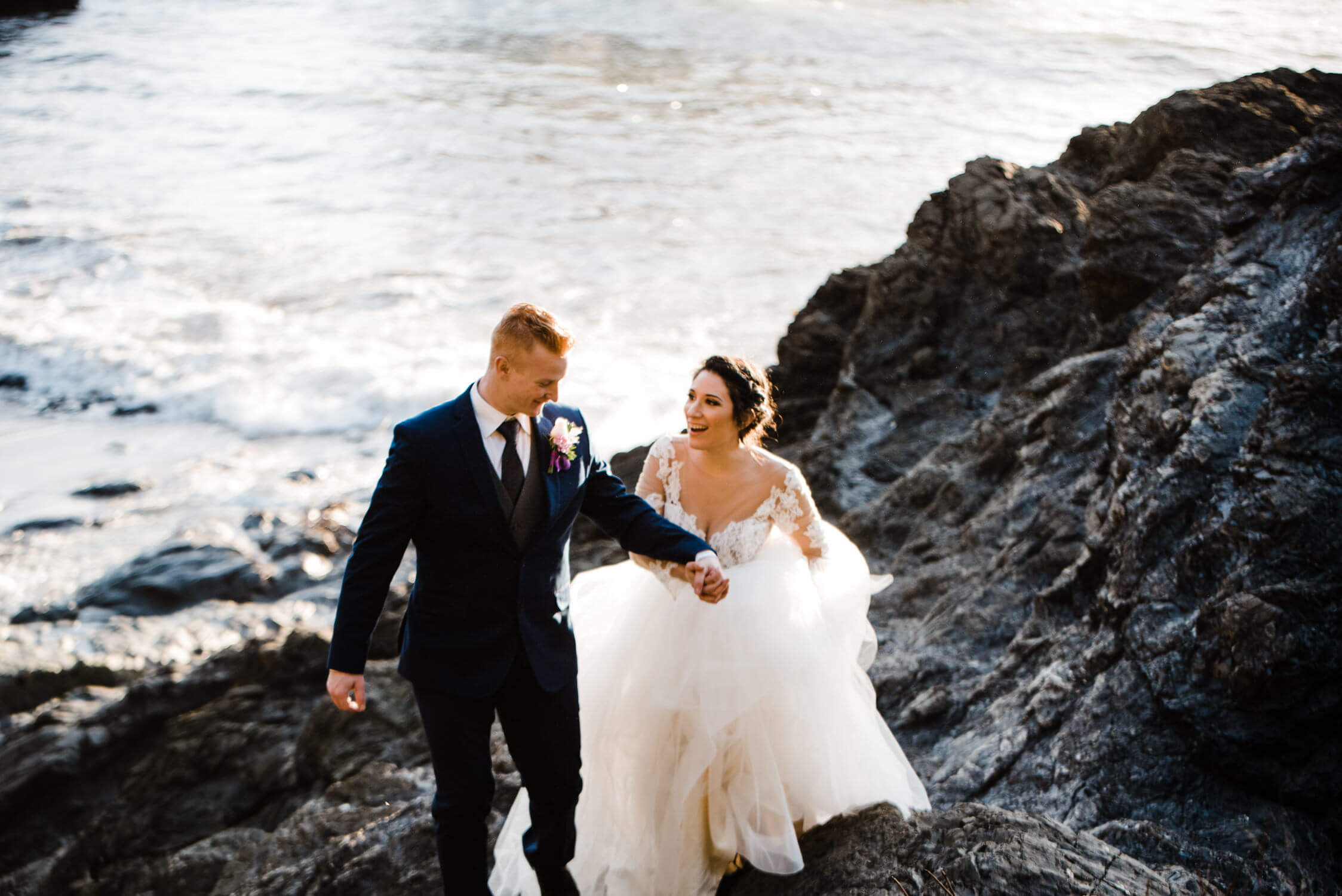 Why I Wish I Eloped

Or at least had a much more intimate wedding. Let me start off by saying, I never dreamed about my wedding as a kid. I never even really thought about marrying someone until my husband came alon...

Because of this, I wanted to incorporate a little assistance with planning for my couples, so I don’t just offer photography to each of my clients. 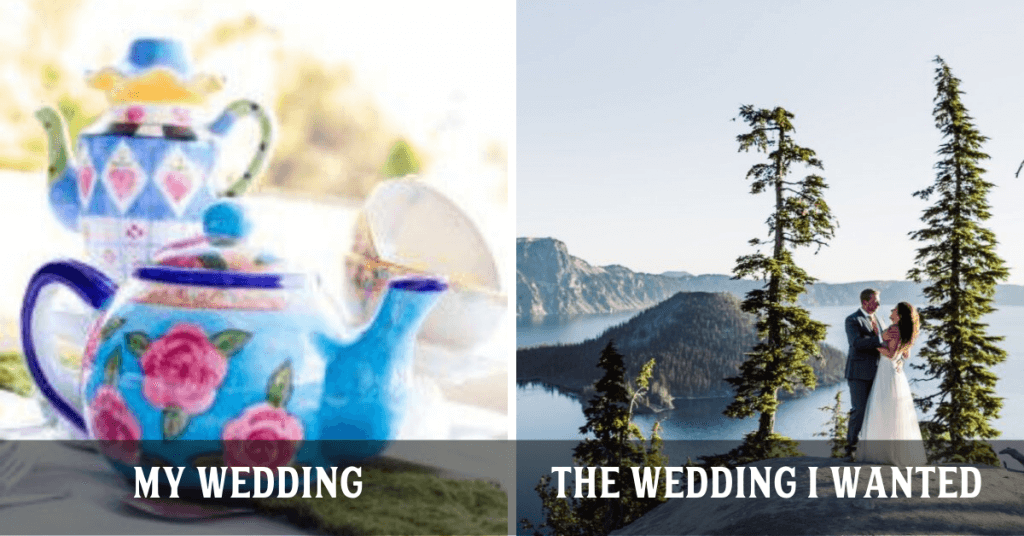 While it was free, that came with its own challenges. At an all-inclusive venue, you don’t have to worry about setup or take down. My friends and family helped set up, but guess who was left to take down the tables, chairs, and stack dirty dishes in jeans, a t shirt, and their wedding hair/makeup? My new husband, a groomsman, and me (save for a couple GUESTS who felt bad when they realized we would be the ones cleaning up. Embarrassing.). 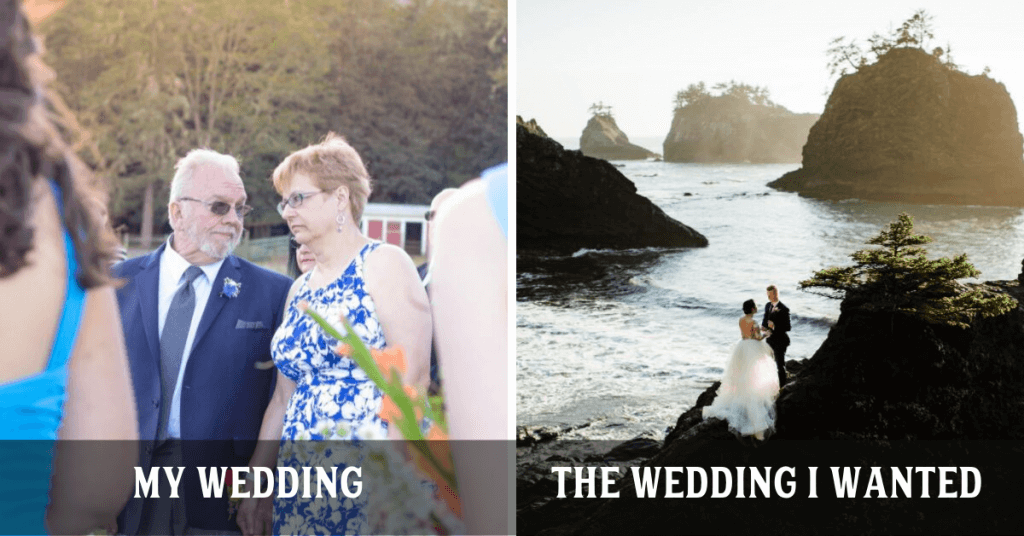 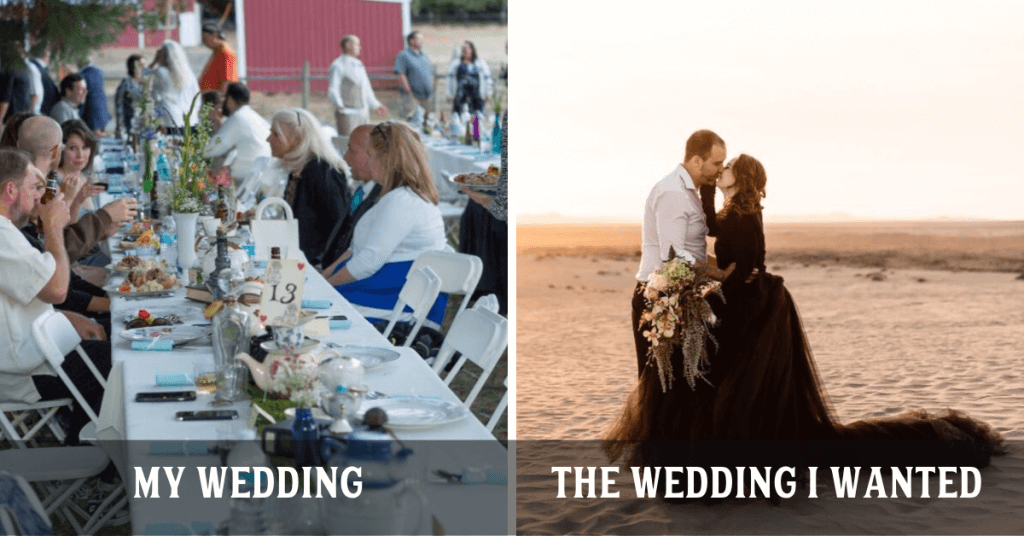 Okay, I don’t have an aunt Carol, but I got SO much flack from several collective people about who I should and shouldn’t invite. This was probably the biggest factor in me wishing I had eloped.

I had calls from family members pressuring me to invite people that had flaked out on me during some of the biggest moments of my life. I also had some people call my husband and end up nosing their way in with an invite because Brian’s the nicest person on the planet.

I even had some in-laws bring uninvited guests that I had never met, despite being told multiple times that we didn’t have the room/budget. That led to a minor scene being caused as place cards were handed out, and in turn kicked some people out of their seats (including my mother-in-law who thought I was personally slighting her). Yeah, if you’re reading this and brought along those guests, you know who you are. #iamstillnothappy 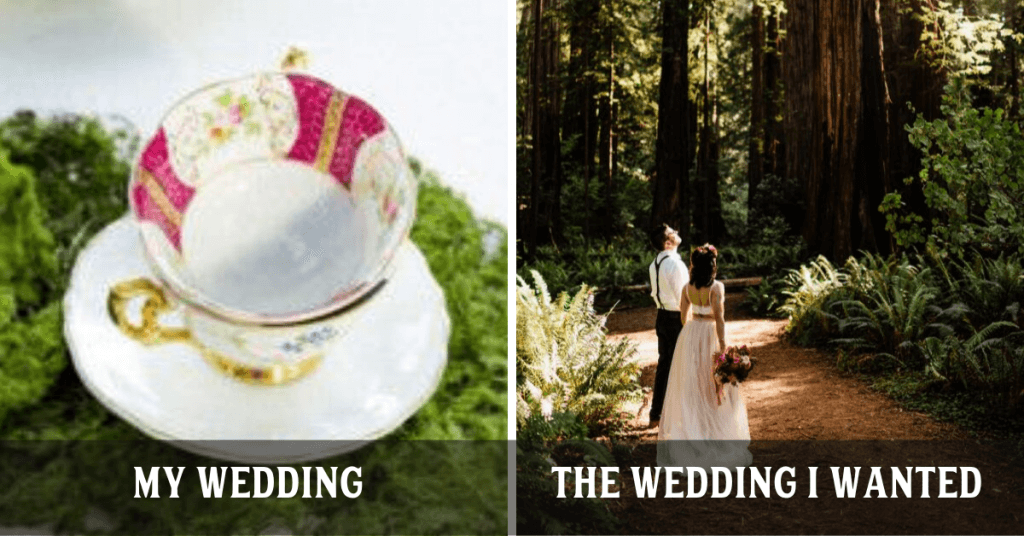 When you are #blessed (hashtag used with some sarcasm) with so many friends from so many different walks of life and interests, it’s hard to get them to mesh. I line dance and I also have a lot of theatre friends who prefer things like Broadway showtunes, and fun songs like “Time Warp”. Both sides kept requesting songs and it was hard to combine those, and some guests left early because they weren’t able to participate on the dance floor. 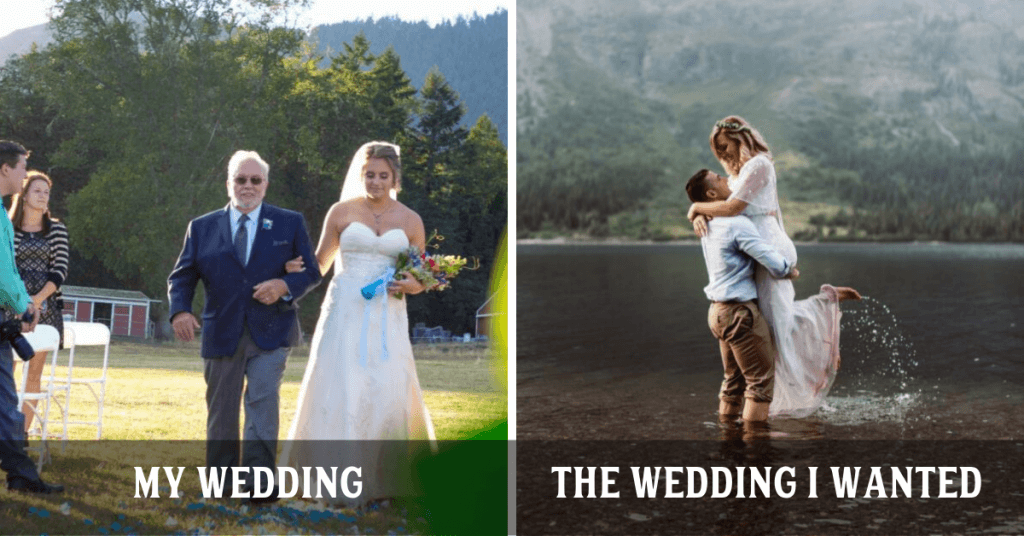 “You’re TOTALLY inviting me to your wedding right?“

“Fine, if you don’t invite them, I’m not coming“

“You don’t have to invite so-and-so, but if they inquire, I want you to go ahead and say they can come”

Yeah. Those are just a few things I heard throughout our relatively short engagement period of 6 months. I let the fear of what people around me thought direct my wedding choices (so to mitigate that here’s how to tell your family you’re eloping -link-).

We ended up spending money on things we no longer have, or forgot. Put aside the fact that I’m a photographer for just a second. I spent money on decor, food, and pleasing other people when the day should have been more about Brian and myself. About two months before our wedding, Brian, who was now helping out more with the wedding plans turned to me and said, “Is it too late to elope?”. I, of course, said yes, because we had so much non-refundable retainers out in the world that we’d be losing money. Looking back, that’s a pretty sad reason to go through with something that you’re both not super hyped about. My preference would have been to elope to Maui or Las Vegas, or somewhere else epic and invite a handful of people and if they can’t make it, we get it.

You know what happened after the wedding? Brian and I went home and I cried. And not happy tears.

I wish I had the resources back then (that I’ve developed now) to help me realize a smaller wedding was more my speed.

This was what I missed most

The lack of connection, fun, and intimate moments I had with my husband that truly felt "us".

We’re adventurous people by nature, and have our own interests that have never really aligned with those people you wanted to be in high school and college. We love theatre, the outdoors, trying new things, traveling, and didn’t have those key groups of friends that one would normally immediately think of when choosing a wedding party.

Looking back, I didn’t have people eloping and raving about their awesome experience on social media. In my small, conservative town, I didn’t know anyone who did anything close to eloping. It was all barn weddings with mason jars, hay bales, lace, and burlap.

I didn’t have amazing, confident people to look up to when I was planning my wedding (maybe you’re one of those people reading this). I didn’t realize the day could be about my husband and myself and who we are together instead of this misguided, societally accepted form of commitment that doesn’t fit every relationship. And, while some may disagree, a wedding is about the couple and their commitment, not anyone who thinks they have a right to be invited.

If you are looking for those confident people to be surrounded by, click here to join my Facebook group dedicated to a potentially transformative concept: Elope Your Life. 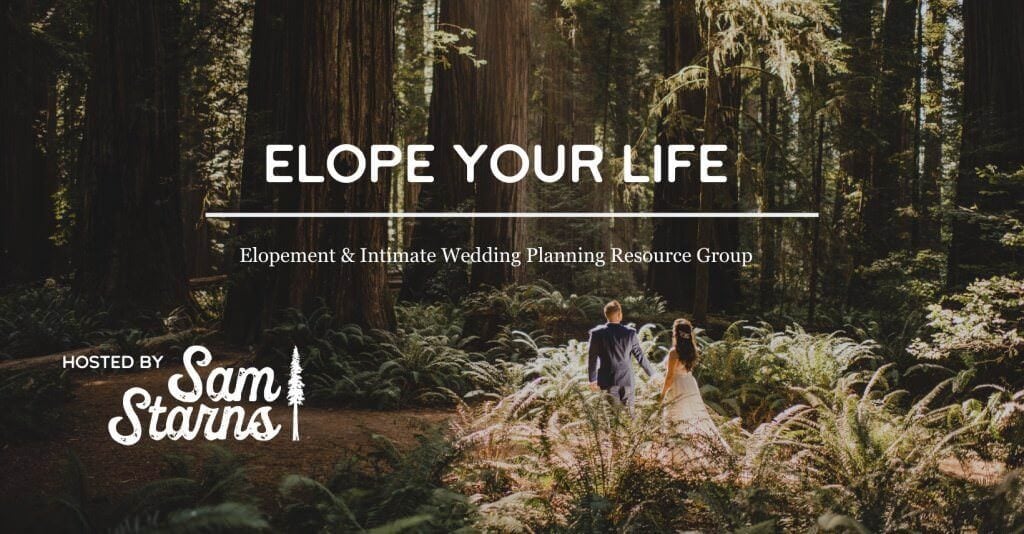 With all that said, I’m here to say this: YOU DO YOU. If you want to have a gorgeous and huge wedding with all the trimmings, go for it! I can point you to a few photographers who are amazing! But if you’re more like me, who never really thought hard about a wedding until you were with your life partner, and you love the outdoors, more intimate ceremonies, and really just can’t wait to marry the love of your life without all the trappings of a more traditional wedding, having an adventure elopement is a VALID choice too.

Does an elopement sound like your kind of wedding day? My experience is the exact reason why I specialize in photos and experiences like these.

They did it right, as far as I'm concerned. 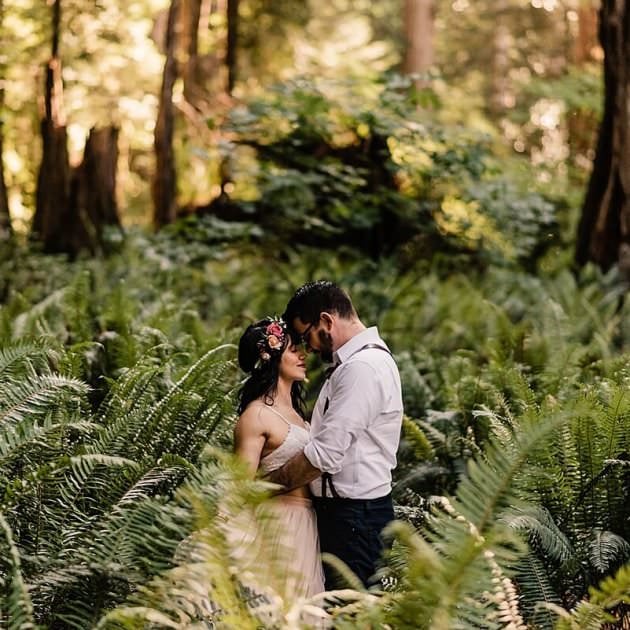 These two had an intimate day among the Cali Redwoods, filled with love, great music, and epic florals. 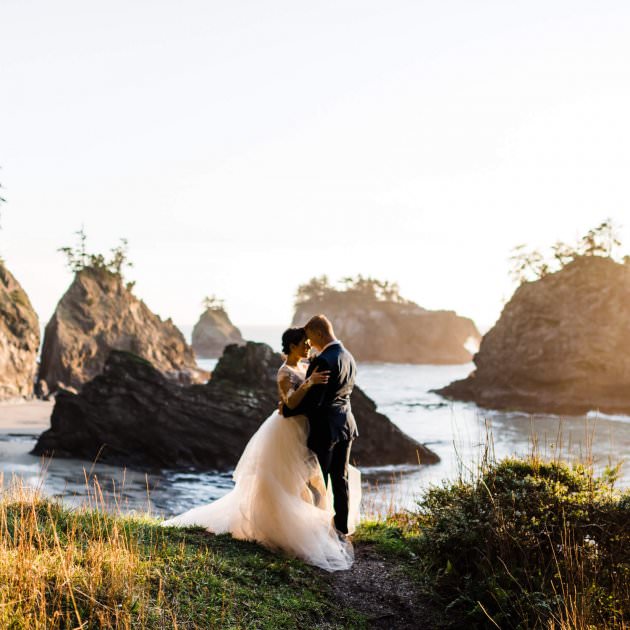 These two are the inspiration for many who have eloped in these same spots. 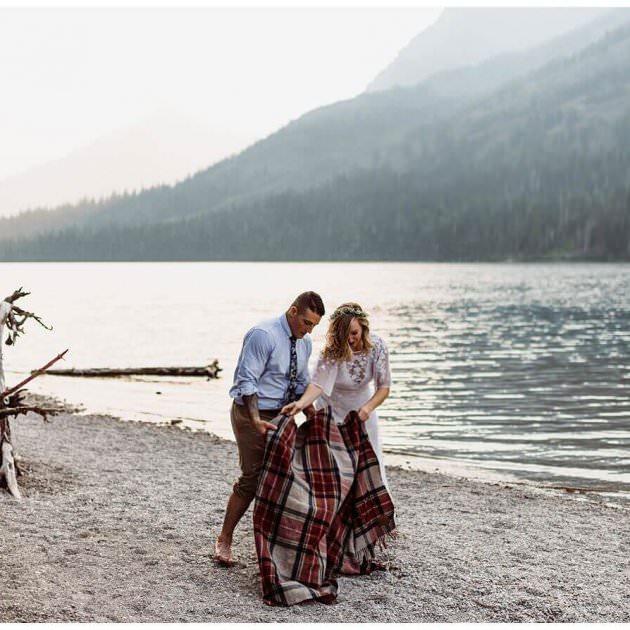 Glacier National Park - a favorite! I mean, how can you beat a moose photobomb? 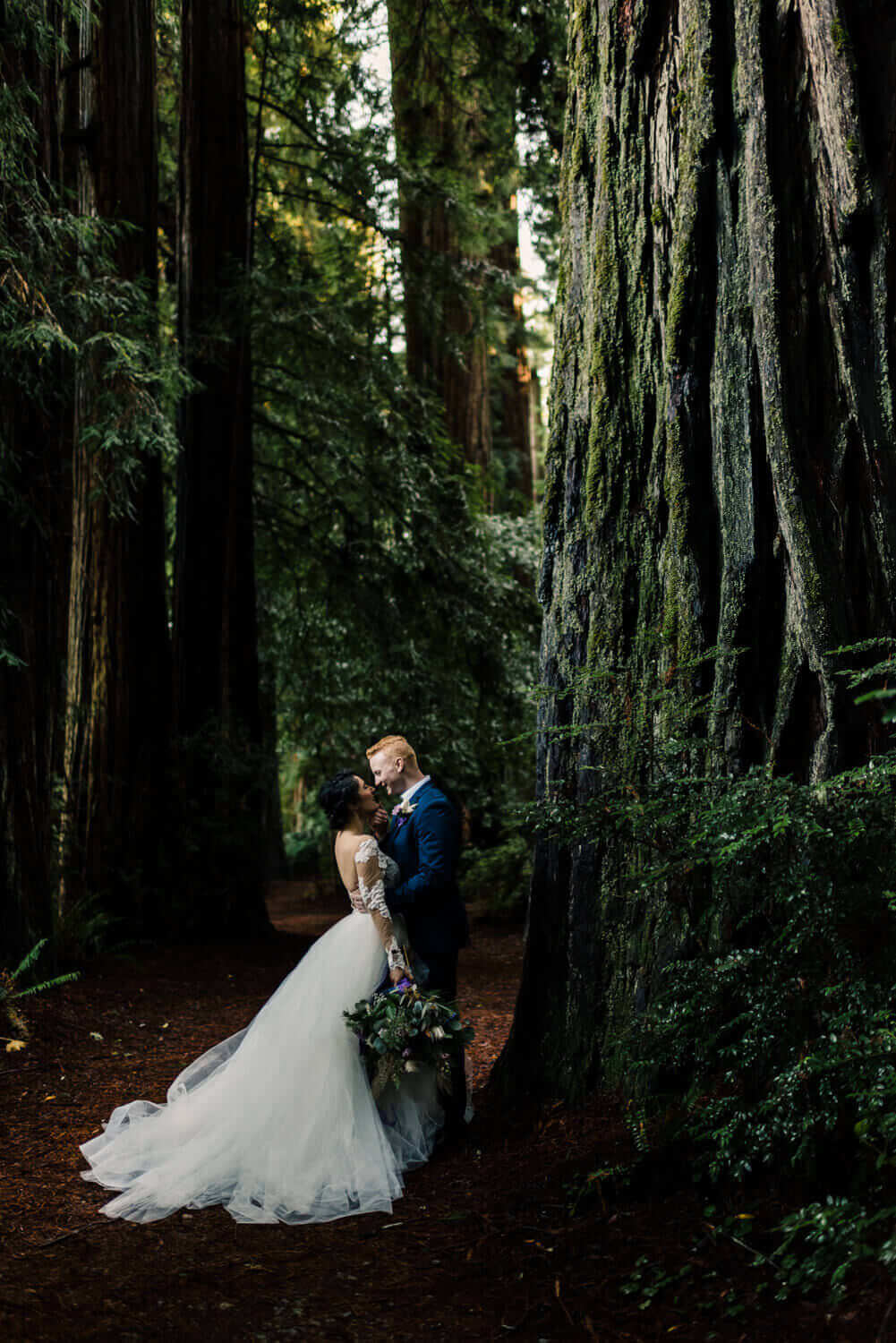 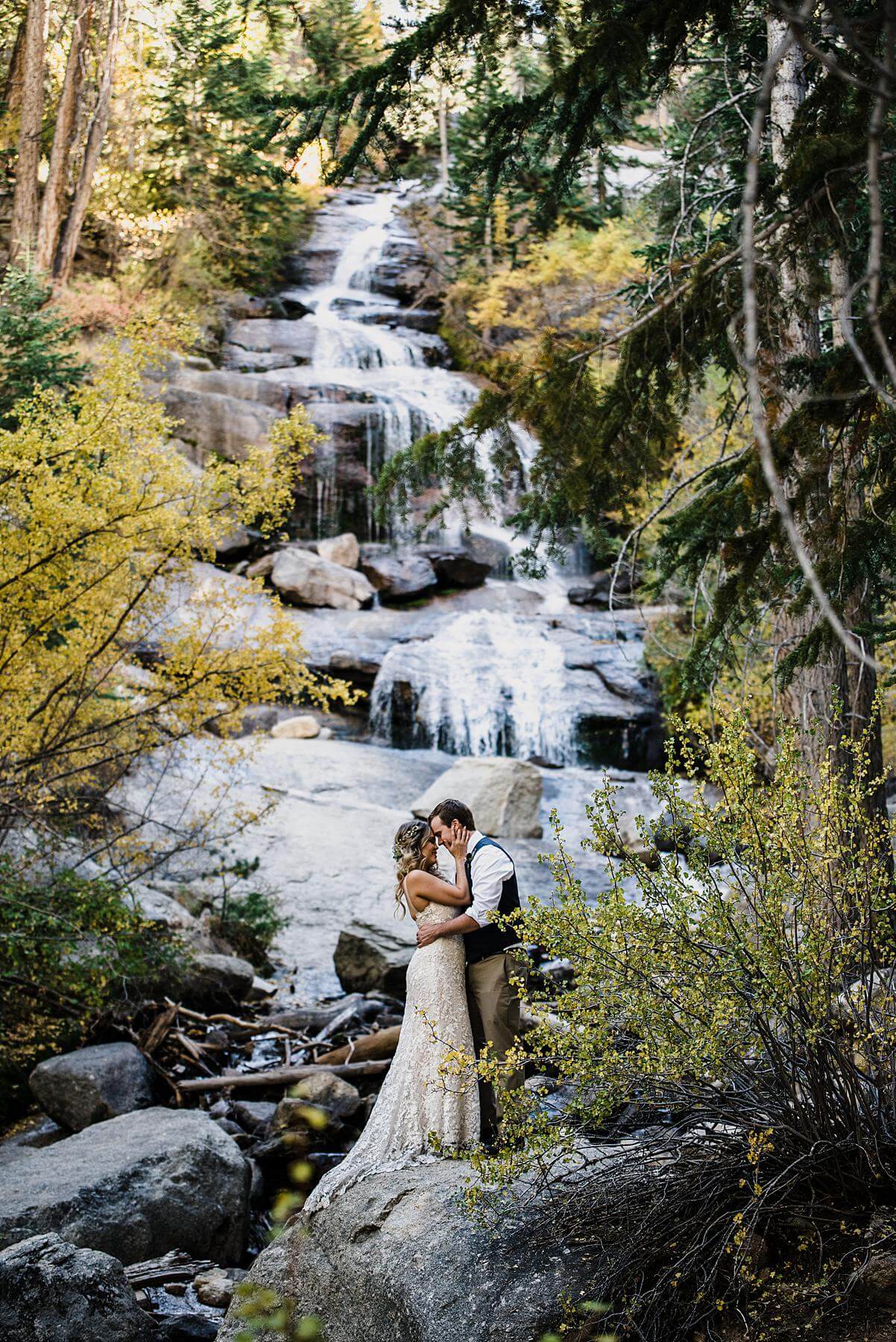