All elopements are meaningful, and although the places I travel to are beautiful, it all comes down to relationships and special moments from the day itself. That’s the way that Brenna and Josh’s elopement on the Oregon Coast and California Redwoods panned out. In short, their day was fantastic, but the bonding and small moments were even more special.

It’s the bonding experiences that really create an intimate connection between you and your partner. Think of the amazing places you’ll explore during your elopement and the few people—if any— that you get to be with that day. During your elopement, you’re doing the things you love and seeing the things you love with the one you love—and all that jazz.

Before their elopement, Josh’s Instagram caught my eye. No matter what he posted, the only caption was the number of days left until their wedding. So a photo of the two of them would be captioned with “68” or whatever countdown number he was on—and that’s it. It was the cutest thing! When their big day arrived, he and Brenna came all the way from the East Coast and ended up staying at the Tu Tu’ Tun Lodge just outside of Gold Beach.

We put together an absolutely fantastic team for their big day. Shivani—who happens to have the best comedic timing ever—of Prima Planning helped plan. Janice Moon did a fabulous job with hair, makeup, and florals, and Jimmy Berguin officiated. Our group snuck into a little-known location that isn’t as popular as other spots. It was actually my first time photographing an elopement there, but I love finding new places.

I was also having a moment with Brenna’s dress. It knocked my socks off! Instead of a white dress, she chose a patterned, blush pink, multifaceted dress that gave me LIFE—the Kyara from Rue de Seine. It’s always amazing when the person wearing a dress decides that white doesn’t represent them, so they opt for another color. It makes me proud and happy to photograph something that they feel expresses them so well.

The day started with a first look among the redwoods. We walked around and learned about the trees and the principles of Leave No Trace (former park ranger here). Then we headed to the Oregon Coast and had lunch at Superfly Martini Bar. Along the way, we heard that there was a small craft advisory. You never really know how to take those advisories, but let me tell you—it was serious. Because of the winds, we ran into a few minor snafus while setting up the ceremony area. But Janice did a kickass job of making the florals stay in place. I’m talking rebar and duct tape, folks.

In the end, it was absolutely beautiful. Brenna’s blush and purple dress with her blush veil blowing in the wind made for epic images. Jimmy did a great ceremony—we were all laughing because Josh’s fave movie is Transformers. During the ceremony, Jimmy said, “Hey man, your favorite movie doesn’t have to be a good movie.” I’m still cracking up about that!

We had such a fantastic time, and one of the best parts was that I got to catch up with Brenna and Josh a few days later. They were touring Oregon and passed through my hometown. I took them out for pizza, and they even took a selfie with the logo on my office door. I absolutely love it when I get to see my couples again. Seriously, we spent so much time laughing during dinner about silly stuff. Josh is real-life religious—as in he preaches love and tolerance—and he kept joking, “If Jesus were here right now….”

Oh, and if you don’t know, I’m kind of tall at 5’10”. Contrast that with Brenna’s barely 5’ frame, so when Shivani took a photo of the two of us together, I got dubbed the frost giant, and Brenna was called fun-sized. Ha! Oh, the memories. I’d love to get that group together again just to laugh over a good meal. I so enjoy creating memorable moments for my couples—whether during their elopement or afterward—and developing lifelong friendships. 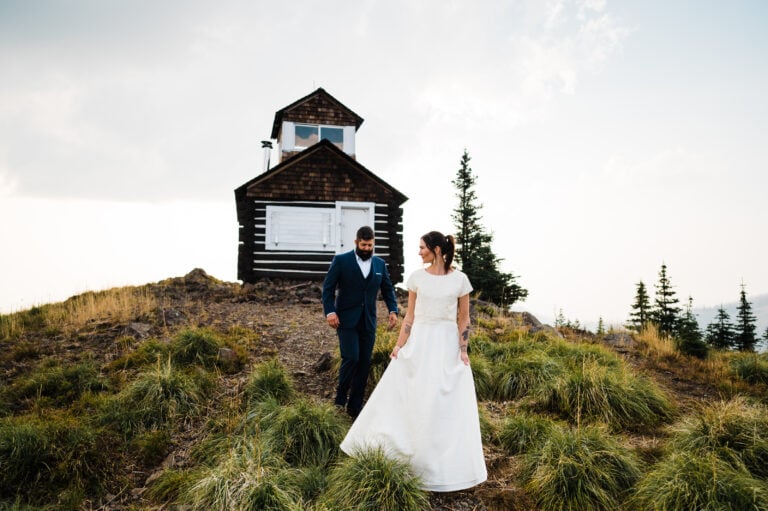 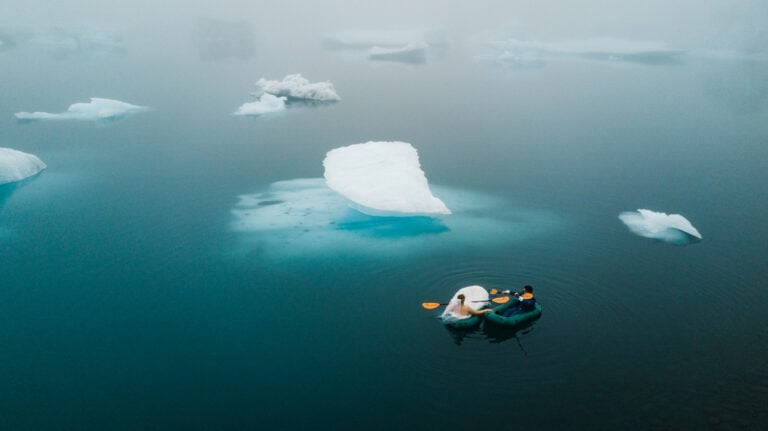