Picture this: perfect weather on the Oregon Coast. Samuel H. Boardman Scenic Corridor, to be precise. It’s rare, but Oregon really turned out for Hope and RJ’s intimate wedding.

When I asked how the engagement happened, Hope & RJ replied: “In the freezing cold on New Years Day at Jekyll Island, GA. A terrified RJ and a completely numb Hope standing/kneeling in the middle of driftwood on our anniversary.”

This time, it wasn’t freezing cold, and they were on the other side of the continent on the Oregon Coast for their elopement.

When I met Hope and RJ, it was for their Redwoods adventure engagement session (click here for all that good stuff). They didn’t really have a firm idea on what they wanted for their wedding, they just knew they wanted it outdoors and small. Possibly on the west coast, but “who knows?!”.

After parting ways, feeling like we’d known each other for ever, we kept in touch and one day I got the email: “Sam, we want to elope on the Oregon Coast”.

“We’ve done 1.5 years apart and it’s been awfully hard but insanely incredible. The day we got engaged, we made a list of guests. We got to 250 and said, let’s do us! We’ve known since then we wanted something small. We’ve known since our shoot with you that we wanted an intimate elopement.”

I was pretty much over the moon. That meant I got to see my new friends even sooner than we’d planned! How soon you ask? From the day Hope emailed to their elopement was 3 weeks. Enough time to plan the few necessary items (like an officiant) and of course, make sure her dress came in time. That amazing dress is from Free People, btw.

Hope put so much thought into some of the details of their wedding day, I got a little teary-eyed while photographing. Her grandfather’s WWII handkerchief was wrapped around her bouquet, which her mother assembled. Her mom, Julie, gave her a little something blue, and both RJ and Hope wrote out letters to each other to read during their “first look”. Hope also had bracelets made for them, with the coordinates of their ceremony. As a geocacher who deals in coordinates for cache locations, I couldn’t get enough of that.

Hope and Julie stayed at the Whaleshead Resort, just north of Brookings, the evening before the ceremony. Only the closest family members joined them on their big day. Nice, intimate, and real – it really was a bitchin’ ceremony.

Cape Ferrelo played host to Hope & RJ’s first look. The wind, the cape – it all felt like Ireland or Scotland on a rare sunny day. That’s rare for both the Oregon coast AND Ireland/Scotland. We romped around there for longer than anticipated. But that’s the beauty of the timelines I create for every one of my couples: they’re more like a rough guideline.

Their ceremony was at a small, off the beaten path beach that has no signage. You wouldn’t know you passed it unless you knew it was there. Everyone made their way down to the cliff overlooking the beach. Because of mobility issues of some of the guests, we decided that would be the perfect place for the ceremony. It was a steep descent from the parking area and halfway down, Hope, RJ, the guests and I were all thinking the same thing: this hill is going to be a betch coming back up.


Afterward, we made our way back to Augustino Vineyard and Wine Tasting Room near Cave Junction, OR. It was the place Hope, RJ & I first went after their engagement session. It was there that they showed me Augustino’s wine called “Celebration” (DELICIOUS), and where we all really became friends. I couldn’t honestly think of a better way to end their wedding day than with a group of awesome friends and family drinking wine in a treehouse in the Pacific Northwest.

Thanks Hope & RJ, for giving me the honor of witnessing and capturing your epic, goofy, beautiful, silly, wild love. 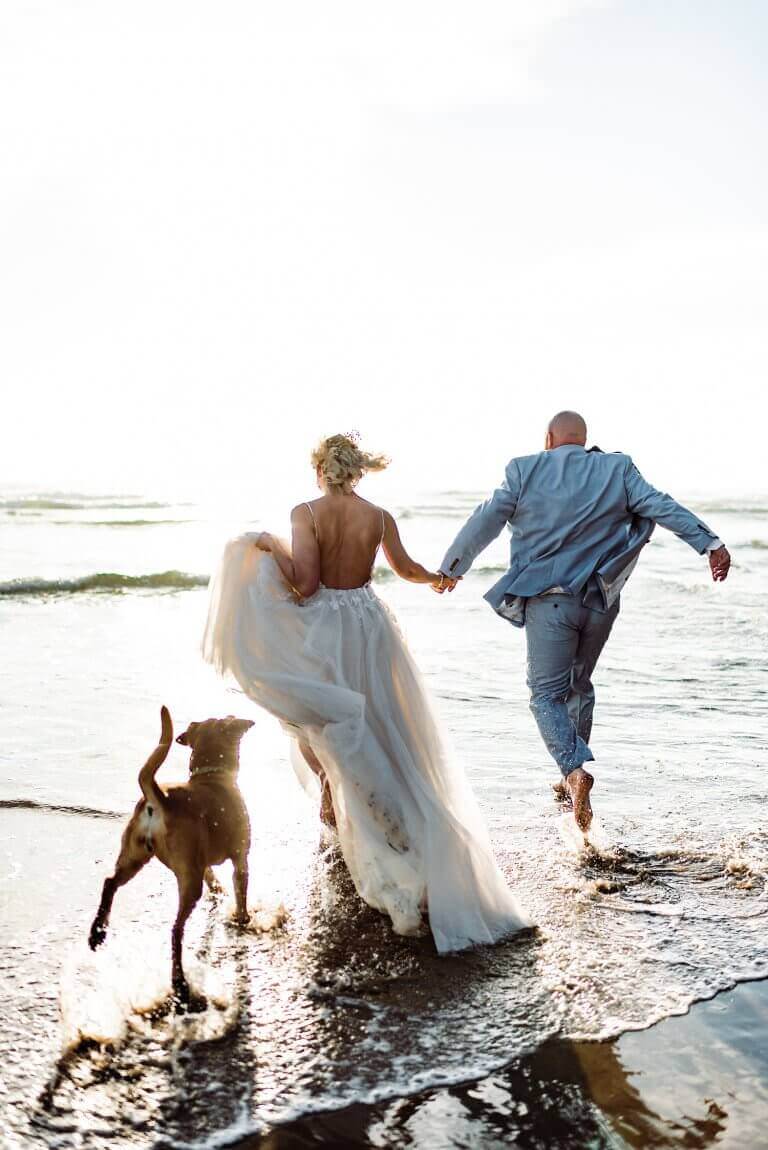