Another visit to Cape Flattery for an adventure elopement never gets old. During this Washington elopement, we spent time in the Olympic National Park, hiked down to the most northwest point in the contiguous United States, and saw, count ’em:

Okay, not that last one, but the others? Yeah, we saw them. The hike down to this epic Cape Flattery elopement was filled with laughs and good stories. Once we got down to the cape, I started sharing my knowledge about the coast’s population of gray whales. Unfortunately, it wasn’t the right time of year for the migration, but occasionally the Washington coast will get some residents that stay during the summer instead of heading on to Alaska. I said as much, and then Chris, D & R’s friend, shouted “WHALE!”.

I thought, “Yeah, okay, he’s probably seeing a white cap out on the ocean”. Then I heard the telltale “Wooooosh” of a spout. When I turned around I was met with an incredibly view of a juvenile gray whale feeding just below our vantage point. HOW COOL. The juvenile gray whale stuck around and fed while Diana and Ruben said their “I Do’s”.

How amazing is it that something as intimate and beautiful as an elopement can be made even better with a few of nature’s most amazing witnesses.

On top of those witnesses, Diana and Ruben invited some of their closest family and friends to be witnesses. Isabel, Ruben’s sister was in attendance, along with Diana’s brother, and friend Chris (our “Ring Burro”). When you just have a few people tagging along that are your friends/family around your age, it adds some life to the day! I’ve found that the best wedding days either have just the couple, or a maximum of 2-4 close friends/siblings/cousins (sorry parents and grandparents). You’re allowed to be relaxed and not anxious about being judged.

***Side Note: If you haven’t taken a glance around the website yet, keep in mind that I’m a licensed officiant and officiate for any of my couples who want it, who are also inviting a maximum of two guests/witnesses***

Enough of me chit-chatting, check out their awesome Cape Flattery elopement for yourselves: 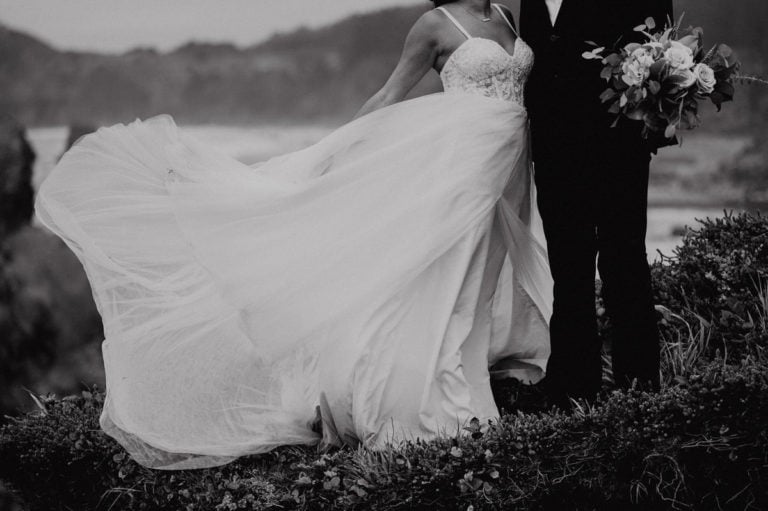