As an adventure elopement photographer, that’s something I hear really often when couples are debating on whether to elope. It’s that or a similar version “I’m worried eloping won’t feel special. And it makes me sad for a couple of different reasons. Firstly, when you say that, you’re essentially saying that the people you invite are what makes your wedding day valid and special. Certainly, it’s cool to have people excited for your wedding day, but it’s not the be all end all. Arguably your day is even more special because you’re deciding that it’s not about the societal expectations and the pomp/circumstance of a traditional wedding that’s important.

Can’t an elopement or wedding be even more special because you’re choosing to not invite people?

People are worried that when they elope, it won’t feel special. So let’s break down the main differences and similarities between a traditional wedding and an elopement. An elopement usually doesn’t have people or guests. They might have a few, but it’s nothing compared to a traditional reception hall and everything like that. Every difference that I have seen between a traditional wedding and a elopement starts with the catalyst of no guests. That includes: no need for a big reception hall, cake cutting, bouquet toss, etc.

At the end of the day, think about this. What really makes your wedding day special?

For most, it would be the fact that you’re getting to marry the love of your life. And that is what should dictate whether your day is special or not; not the guests, not the cake, not anything like that. It should be about marrying the person that you want to spend the rest of your life with, and starting off your marriage with a day that represents the two of you. That’s how it’s going to be special.

I encourage my couples to sit down and really think about the activities and moments that they love or want to experience.

Is that a picnic? Is that a hike? Is that backpacking to a chalet? Is that a hot air balloon ride? Is that riding horses? Is that gazing up at the stars on a blanket in the middle of the night? The possibilities are endless and literally the sky is the limit.

Do you love to kayak? Why not kayak in your wedding gear and get photographed doing something that you’re passionate about? Do you love to knit? Do origami? Recreate funny moments in videos or movies? All of those are possible, and at the end of the day, you’re going to make a heartfelt commitment to the person that you love.

The guests, the cake, the reception, the first dance. It’s all just extra stuff that we’ve decided sometimes arbitrarily is tradition. All that stuff is just secondary. It’s secondary to creating a life and a wedding day and a marriage that represents the two of you. That’s why your elopement day will be special.

Want to hear from other couples who have eloped and made their elopement day special? Click the image below to request to join the “Elope Your Life” community on Facebook! 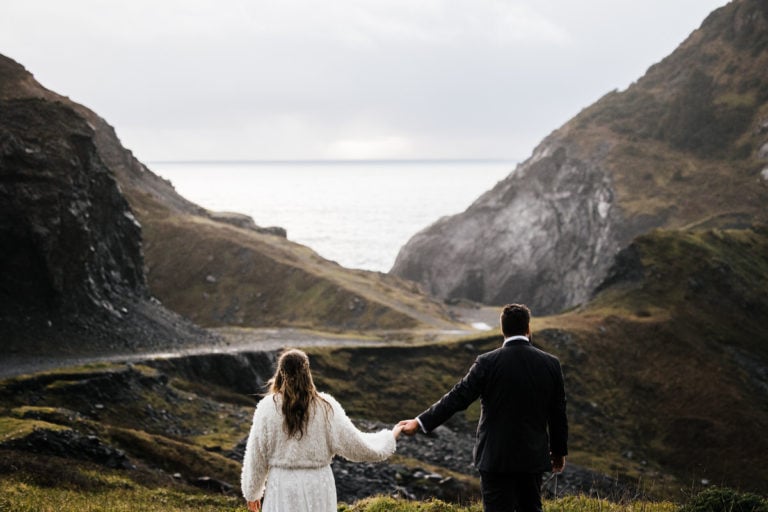